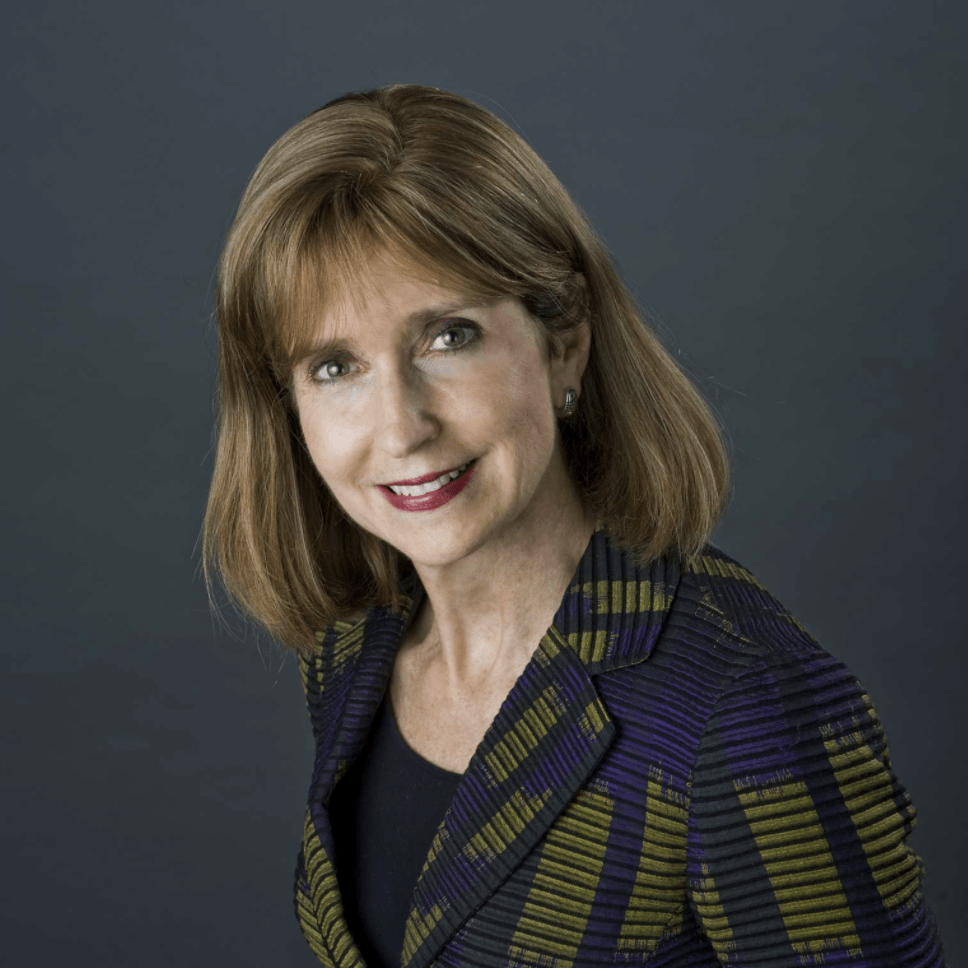 Paula Dobriansky is a senior fellow at Harvard University’s Belfer Center for Science & International Affairs. From 2001 to 2009, she served as the Under Secretary of State for Global Affairs.

We are living in a geopolitical environment of expanding competition among great powers. America’s principal rivals — China and Russia — pose significant challenges to the United States abroad and, due to today’s digital technologies, at home. While many policymakers appropriately see China and the Chinese Communist Party as a considerable long-term threat to our country and to U.S. global leadership, we cannot afford to ignore or underestimate Russia’s challenge to American interests and values.

Russian President Vladimir Putin is at the heart of this challenge. Putin is now in his fourth non-consecutive term, having been in power for over two decades. In July 2020, he engineered approval of a constitutional amendment — purportedly with 78% of the vote — that could allow him to serve two additional terms, until 2036. Mr. Putin now looks to remain at Russia’s helm indefinitely.

Like many authoritarian leaders in systems with weak rule of law, Putin knows that stepping down could place his future, his fortune and his family (he is divorced, with two adult daughters) at risk. Accordingly, he faces strong pressure to consolidate power and prevent the emergence of political leaders or movements that could threaten his position. These political needs in turn undermine relations with the United States and the West, diplomatically and in other areas. And they encourage reliance on China’s authoritarian leaders for trade, investment and technology to support domestic growth and modernization.

We must closely watch Russia’s increasing alignment with China. Politically, economically and militarily, Moscow and Beijing have drawn closer. Russian and Chinese leaders see our efforts to support democratic values as a threat and share a common goal to undermine American influence worldwide. However, Russia is loath to accept status as a junior partner to China. In the long term, this constrains their ties.

Both individually and in its alignment with China, Russia is likely to remain a geopolitical competitor of the United States for the foreseeable future. Accordingly, great power competition with Russia and China is set to become an organizing principle of U.S. foreign and national security policy over the next decade or more.

Despite Russia and China’s sharing some common interests, the basis of their geopolitical influence differs. Unlike China, Russia’s power is not derived from its economy (the Russian economy is weak and slowing). The foundation for its global role — and its ability to deter the United States — is built on its massive nuclear arsenal. Russia has 1,444 strategic nuclear warheads on 527 deployed intercontinental ballistic missiles, on submarine-launched ballistic missiles, or available for long-range bombers. Overall, Russia has about 6,400 nuclear warheads, including its strategic warheads, tactical nuclear weapons, and warheads slated for disassembly.1 By comparison, the United States has an estimated 6,185 warheads, of which 3,800 are in service or stockpiled and 2,385 await dismantlement.2

Russia could present an even greater threat in the future. Its military has been developing new weapons systems to defeat or evade U.S. missile defenses and thwart U.S. power projection. These include the Poseidon nuclear torpedo, which Russian sources claim can deliver a massive nuclear warhead underwater to the U.S. East Coast too swiftly for American submarines to prevent it, as well as the Zircon (sea-launched) and Kinzhal (air-launched) missiles. The fast and highly maneuverable nuclear-capable Kinzhal may have anti-ship capabilities that could endanger U.S. aircraft carriers. It is already operational.

Russia’s nuclear deterrence of the United States facilitates Moscow’s disruptive and aggressive international behavior, most notably its illegal annexation of Crimea in 2014, its invasion and occupation of portions of eastern Ukraine, and its ongoing military operations in Syria, which have restored Syrian dictator Bashar al-Assad’s control over most of the country. Putin bragged that Russia’s armed forces could have sunk the British destroyer HMS Defender when it transited Crimean waters in June 2021 without putting “the world on the brink of a third world war because those who did this know that they could not win a war like that.”3

Russian experts support this view. Commenting on the July 2021 released Russia National Security Strategy, Dmitri Trenin, Director of the Carnegie Moscow Center, asserted that “There are no illusions in Moscow: adversarial relations with Washington are here to stay.” Moreover, he maintained that “Russia’s international status does not rest on the fact of holding periodic one-on-one meetings with an American president, but rather on the ability to reliably deter U.S. military power and on being resilient to mounting U.S. economic, financial and political pressure in the form of various restrictions.”

Importantly, Russia’s seizure of Crimea reinforces its ability to operate in Syria and to exercise influence throughout the Middle East. Stationed in Crimea, Russia’s Bastion anti-ship missile system and its Oniks missiles — with a 300-mile range — can reach most of the Black Sea, helping to secure Russian naval access to the Mediterranean region. Russia is expanding its navy base at the Syrian port of Tartus and planning to construct a floating dock to bolster the port’s ship repair facilities that can support an ongoing Russian naval presence in the Mediterranean, something absent since the Soviet era. Moscow is negotiating an agreement with Sudan allowing access to port facilities in the Red Sea that could provide a launching pad to the Indian Ocean. Its presence in the Middle East has benefited Iran, especially in Syria, where it shields Iranian forces operating there.

Moscow holds that it is entitled to pursue “legitimate interests” in what it calls its “near abroad” — neighboring countries that used to be part of the Soviet Union or the pre-revolutionary Czarist empire — and to thwart their integration into Western institutions like NATO and the European Union. Toward this end, Russia’s government has used a variety of legal and illegal means to assert control, ranging from diplomatic and economic pressure to subversion to outright use of military force. In a July 12, 2021, article, Putin openly questioned the legitimacy of Ukraine’s borders, stating that “modern Ukraine is entirely the product of the Soviet era…on the lands of historical Russia.” Continuing, he claimed that “Russia was robbed” and declared, “I am becoming more and more convinced: Kyiv simply does not need Donbas.” In the Kyiv Post, Anders Aslund, a Senior Fellow at the Stockholm Free World Forum, appropriately cast the article as “a masterclass in disinformation” and “one step short of a declaration of war.”

Regardless of what Putin thinks about Ukraine’s history, today neither Ukraine’s government nor its people want their country somehow to reintegrate into Russia or to become the latter’s client state. On the contrary, most in Ukraine see its future in integration into Western society and Western political and economic institutions. In a Foreign Affairs article entitled “Ukraine is Part of the West,” Ukraine’s Foreign Minister Dmytro Kuleba argued that “Ukraine’s membership in NATO and the EU will not just reinforce progress in Ukraine, it will also help unify the West.”

In Europe, Russia’s leaders have worked to fragment our alliances through economic ties and political interference, as well as through other means. Russia’s Nord Stream 2 pipeline — to carry natural gas under the Baltic Sea from Russia to Germany — has already provoked considerable tension in U.S.-German relations and will strengthen connections between Russia’s state-dominated gas producer Gazprom and its European partners in the project. Russia sought unsuccessfully to interfere in France’s presidential election in 2017 and has used various means, including disinformation campaigns, to build its influence in the Balkans.

In Latin America, Russia has dispatched military specialists to Venezuela, to which it has also shipped over $4 billion worth of weapons over the last 10 years. It helped Venezuela’s discredited President Nicolas Maduro to remain in power amid repression and protests. Russia’s government continues to serve as a patron and protector of Cuba’s dictatorial regime as well.

Moscow’s use of online disinformation is especially visible in Latin America, where it has used social media to trigger massive anti-government demonstrations in Chile, Ecuador and Colombia. This digital assault on democracy is most concerning, and the United States must focus on how to successfully counter these attacks in our backyard — and, of course, in America itself, where Moscow is also seeking to foment discord and to exacerbate social and political tension.

The Arctic is increasingly becoming an arena for competition too. Russia asserts territorial claims there and has significantly militarized the region, reanimating old Soviet bases and building new ones, including Arctic Trefoil on Franz Josef Land, a remote island. Moscow is protecting these and other bases with advanced air defense systems and anti-ship missile batteries. And it operates the world’s largest icebreaker fleet, providing Russia’s navy with unrivaled access to the Arctic Ocean. Most noteworthy, Russia’s formal Arctic policy has moved from embracing “mutually beneficial international cooperation” to “ensuring the interests of the Russian Federation.” Indeed, Russian Foreign Minister Sergei Lavrov has asserted, “We hear whining about Russia expanding its military activities in the Arctic….But everyone knows that it’s our territory, our land.” In view of this Russian perspective, establishing a full-fledged NATO Arctic Command deserves serious consideration.

If the United States fails to address the threats and challenges that Russia presents, our security and prosperity — and even our society and our democracy — will suffer, as will those of our allies. Confronting these dangers requires preserving and strengthening not only our global leadership role and our strong alliances, but also building a society that others will want to emulate and thereby demonstrating the superiority of America’s fundamental idea and its core values.

Prevailing in an extended competition with Russia and China will require articulating a strong moral narrative, maintaining a robust and credible defense posture, using our alliances and partnerships more effectively in support of common positions, aligning ourselves with like-minded countries, ensuring a strong U.S. economy, shoring up our cyber capability and resilience, and investing in both a civic culture and technologies that can resist and counter Russian disinformation.