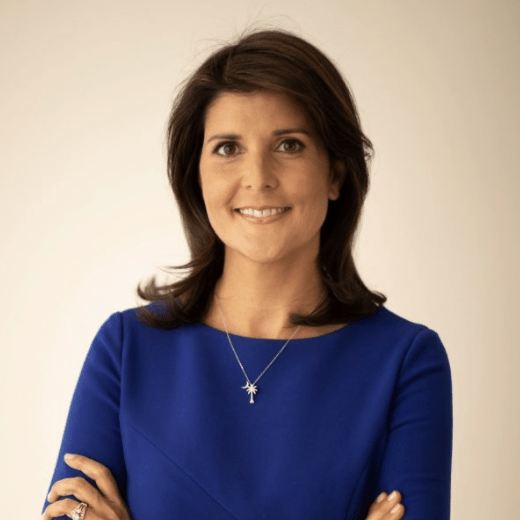 I will always remember standing on the Simón Bolívar International Bridge.

The year was 2018. Hundreds of people passed me, in a continuous line that stretched as far as I could see. Their faces were hard and sad. Most had walked many miles in the blazing sun to get the only meal they would eat that day. Entire families trudged by, carrying what few possessions they had. A teddy bear. A few pieces of clothing. Many had nothing at all.

They were Venezuelans, and they were all headed the same direction — out of Venezuela. They were fleeing socialist tyranny in search of freedom.

When I left the bridge, I went to a nearby shelter run by the Catholic Church, where the refugees were gathering. I met a few and hugged them tight. After a few minutes, more and more families started to gather. I didn’t understand why they flocked to someone they’d never met.

Then it hit me. They didn’t care who I was. They cared where I was from. In me, they saw America. In America, they saw hope.

They aren’t the only ones. From Latin America to Africa to Asia and beyond, billions of people look to the United States for inspiration. Our leadership matters. It is essential for the safety and security of our own citizens. It is equally essential for the continued existence of freedom in our world.

Representing the United States at the United Nations was the privilege of a lifetime. It gave me an added appreciation for our country and the principles we cherish. It also gave me a deeper understanding of our dangerous world — and what we must do to protect ourselves.

We’re in the middle of a clash of civilizations. On the one side is freedom, embodied in America. On the other side is tyranny — brutal, barbaric tyranny. We face enemies who don’t just want to defeat us. They want to destroy our way of life and bring the world back to the Dark Ages. Our people are counting on us to win this fight.

I saw this struggle at the United Nations. The United Nations is a place where dictators, murderers and thieves denounce America, then put their hands out and demand that we pay their bills. It’s also a place where process is more important than progress. Simply talking about problems is somehow seen as solving them. It’s backward and embarrassing.

I took a different approach. Whether it’s China, Russia, Iran or North Korea, we can’t go along when the United Nations goes against our interests. We should make progress when we can, walk away when we can’t and hold the line when we must. This approach should guide everything America does on the world stage. The threats we face demand nothing less.

No threat looms larger than Communist China — the evil empire of the 21st century. With one hand, it is striving to control and conquer the world, using a combination of military force, economic pressure and diplomatic manipulation. With the other hand, it is brutally oppressing its own people, to the point of genocide against Muslims. Standing up to China is a moral and security necessity.

Like the Soviet Union before it, Communist China can only be stopped by the United States. The time has come to evaluate every connection between our two countries — economic, cultural, educational, you name it — to ensure we aren’t strengthening our enemy while weakening ourselves. Equally important is calling out and confronting Beijing’s influence, wherever it rears its head. Communist China cannot keep up with a strong, courageous and focused United States.

Many other threats exist. Vladimir Putin’s Russia is getting more aggressive. We see the proof in cyberattacks on our companies and pitiful attempts to undermine our democracy. Further proof can be found in Russia’s ongoing efforts to swallow its neighbors and turn Europe against itself and the United States. Putin thinks he can get away with it, and for the most part, he has. Russia won’t stop until it starts paying a steep price.

Iran is no different. When the ayatollahs chant “Death to America,” they mean it. They act on it by sending money and missiles to terrorists who want to kill us and our allies. Iran has already murdered our troops. It’s plotting much worse. Gestures of goodwill only encourage more bad actions. The fear of consequences will discourage them.

The menace of Islamic terrorism is rising too. Joe Biden’s disastrous withdrawal from Afghanistan, and its immediate fall to the Taliban, means Al Qaeda and other terrorists will once again have a safe place from which to operate. You can bet they’re preparing a new round of attacks on our homeland.

Protecting America from so many threats requires military strength. The best way to keep the peace is having the might to win any fight, hands down. Few things are more important than giving our nation’s heroes the resources and support they need to come out on top, anytime and anywhere.

Another kind of strength is needed even more: moral strength. It’s the only way to win the clash of civilizations. If we don’t think our way of life is worth defending, we’ll lose. But if we have confidence in our national creed, there’s no challenge we can’t meet. We don’t need to force our principles on anyone. Instead, we need the force of will that comes from patriotism. After all, America deserves our love.

I saw it every day at the United Nations. The rest of the world looks to our example. When we speak, they listen. When we lead, they follow. When we stand for what’s right, we not only make our people safer and more secure, we make the world a better place too. My parents taught me that even on our worst day, we are blessed to live in America. Now it falls to us to keep that blessing alive.