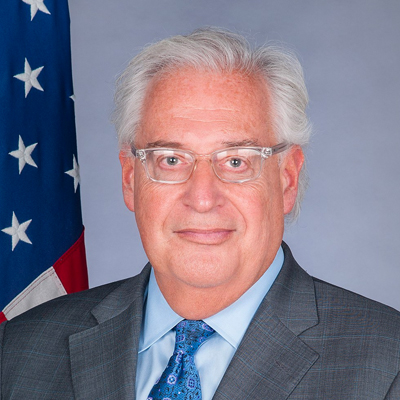 Cutting Through the Iranian Fog

When I practiced law, I tried to protect my clients as best I could when embarking on a new case. At times, the other party was highly reputable and unlikely to violate any agreement. In those circumstances, I carefully worked through the issues but was comfortable not addressing every eventuality based on an underlying assumption of good faith by the parties. In other circumstances, the counterparty was plainly dishonest and not entitled to the benefit of any doubt. In those cases, I worked overtime to anticipate — and resolve up front with iron-clad and verifiable assurances — every issue that might arise, making sure that my client would never be required to rely solely on trust.

Iran most definitely falls into the latter category — that of a dishonest counterparty. It is a brutal autocratic regime and the world’s most lethal state sponsor of radical Islamic terrorism. From Yemen to Iraq, from Syria to Lebanon and beyond, Iran’s fingerprints are present in almost every instance of human suffering and conflict. Iran makes no serious effort to conceal its malign activity, and its rhetoric is replete with threats to attack the United States and to annihilate the Jewish state of Israel.

Any deal with Iran designed to end these abhorrent practices must be structured to accommodate the reality that Iran lies, cheats and misleads. Such a deal can leave nothing to trust or aspirations of good will. And it must not concede the benefit of the doubt. While a deal that clears these bars might be possible one day, its prospects have been significantly reduced in the short term owing to the approach of President Joe Biden and the Obama administration before him.

The roots of distrust between America and Iran go back many decades — most significantly to the Iranian Revolution. In 1979, a radical cleric took power as Iran’s supreme leader and began his tyrannical reign. That same year, a group of Islamic militants seized the U.S. Embassy in Tehran and took 52 of our American citizens hostage. The United States cut ties with Tehran in response. We stopped importing Iranian goods and froze national assets — the first steps in a decadeslong campaign to inflict economic pain on the mullahs.

U.S. sanctions increased over time as the regime’s deadly influence spread through the Middle East and beyond. In 1983, Iranian-backed terrorists killed 243 American service members in a horrific bombing at the U.S. Embassy in Beirut. It was the deadliest day for our military since the Vietnam War, and it remained so until the terrorist attacks of 9/11. Several months later, the Reagan administration took the critical step of officially declaring the Islamic Republic of Iran a terrorist state.

Successive U.S. presidents further tightened the screws on Iran. Yet, despite incurring penalties, the regime remained undeterred. Iran continued to enrich uranium in aid of developing a nuclear weapon, increase its arsenal of ballistic weapons, foment terrorism across the Middle East, and amplify its hateful rhetoric. All were in service of its ultimate aims: to dominate the region with its brand of Islamic fundamentalism, destroy the Jewish state of Israel, and harm America.

By the time President Barack Obama entered office in 2009, Iran had been weakened significantly. Its economy was on its heels, and its leaders were prepared to come to the negotiating table. In short, the U.S. strategy worked.

But during his second term, Obama squandered America’s leverage, signing a deal doomed to failure from the very start. While the Obama administration accurately and appropriately recognized the Iranian threat, its resolution for addressing it was deeply flawed. They incorrectly assumed the deal was the only alternative to war with Iran and falsely presented it as the key to ending Iran’s nuclear program — a goal Republicans and Democrats alike shared.

The deal with Iran, formally known as the Joint Comprehensive Plan of Action (JCPOA), was the brainchild of the “P5+1” nations made up of the United States, France, Germany, Russia, England and China. In short, the deal was intended to slow down the Iranian nuclear weapons program in exchange for international sanctions relief.

Almost immediately after the group announced the JCPOA, Iran received massive relief from crippling economic sanctions and even welcomed a large airlift of U.S. currency. While the value to Iran was front-loaded, the benefits to the other participants were dubious at best: weak restrictions on Iran’s nuclear capabilities and insufficient monitoring reliant on the comical premise that Iran would make good on its promises.

Unsurprisingly, Congress didn’t like the JCPOA. The House voted to block the deal, although it lacked the power to do so. In the Senate, only 41 members voted to approve it. But pursuant to a misguided agreement reached between the Obama administration and then-chairman of the Senate Foreign Relations Committee, Robert Corker (R-TN) only 34 senators were required to support the JCPOA for it to pass.1

While Republicans in Congress near universally opposed the JCPOA, numerous congressional Democrats were also openly against it. They included now-Senate Majority Leader Chuck Schumer (D-NY) and Sen. Bob Menendez (D-NJ) now the chairman of the Senate Foreign Relations Committee. Criticizing the pending agreement, Menendez said: “We have now abandoned our long-held policy of preventing nuclear proliferation and we are now embarked — not on preventing nuclear proliferation — but on managing or containing it, which leaves us with a far less desirable, less secure and less certain world order.”

In attempting to rally support for an unpopular agreement, the Obama administration’s arguments in favor of the JCPOA were two-fold. The first was based on the terms of the deal itself. JCPOA proponents argued that the agreement prohibited Iran from developing a nuclear weapon for at least 15 years, a meaningful concession. The second argument was aspirational: that once Iran was welcomed into the community of nations and its isolation ended, the regime would self-modulate its malign behavior.

Both arguments were without merit. On the deal itself, the JCPOA gave Iran ample opportunities to cheat. It closed an International Atomic Energy Agency (IAEA) investigation into Iran’s nuclear weaponization efforts, accepting instead a naked — and false — representation that Iran had never intended to develop a nuclear weapon. Unsurprisingly, Israel later penetrated Iran’s secret nuclear archive and proved conclusively that Iran intentionally misled the IAEA on this front.

Additionally, the deal permitted Iran to declare certain sites off-limits from inspections as well as the right to delay certain inspections for up to 24 days. And the 10-15 year “sunset provisions” on Iran’s nuclearization meant that Iran’s breakout period to a bomb once that time lapsed was down to almost zero.

The JCPOA aided, rather than deterred, Iran’s accumulation of ballistic missiles and its sponsorship of terrorism. The agreement lifted an embargo limiting Iran’s ability to import and export arms and ballistic missiles and included weak language that enabled Iran to skirt other restrictions. In the short term, this oversight was one of the JCPOA’s biggest and most dangerous flaws.

On the aspirational front — the wishful thinking that Iran would self-modulate — the deal was an even bigger failure. Flush with newly acquired cash from the sanctions relief, Iran didn’t build hospitals and schools for its people. Instead, it invested even more heavily in arming terrorist militias across the region. And the mantras of “Death to America” and “Death to Israel” were heard as loudly as ever.

The Trump administration was clear-eyed about the failings of the JCPOA. In May 2018, it withdrew the United States from the deal and reimposed sanctions, launching a “maximum pressure campaign” to deprive Iran’s leaders of funding.

Together with our allies, the United States also engaged in both covert and overt activities to slow Iran’s march to a nuclear weapon, including the killing of Qasem Suleimani. As the commander of the Quds Force — a secretive and deadly branch of Iran’s Revolutionary Guard — Suleimani was responsible for supporting terrorism and killing American soldiers across the Middle East. The result was a massively weakened, but still extremely dangerous, Islamic Republic of Iran.

In response to President Donald Trump’s campaign of strength, Iran had a single strategy: sit, wait and pray that Biden would defeat Trump. It gambled and won. Instead of maximum pressure, Iran now faced a leader of the free world desperate to overturn the Trump administration’s Iran policy and revitalize the JCPOA.

In his short time in office, Biden has played directly into Iran’s hands. Already, his administration has reportedly agreed to lift sanctions in exchange for Iran’s return to the nuclear deal. And they have made an embarrassing display of offering for the United States to return to full compliance. This concession comes despite recent transgressions by Iran, including harassment of IAEA inspectors and frequent refusals of the IAEA’s requests to monitor Iranian nuclear sites.

The Iranian regime is evil but not stupid. Faced with this fortuitous turn of events, it’s further strengthened its hand by recently orchestrating the election of extreme hard-liner Ebrahim Raisi — the perpetrator of an extrajudicial massacre of thousands of political prisoners — to the Iranian presidency.

The ayatollahs are unsurprisingly thumbing their noses at the Biden administration and rejecting Biden’s outstretched hand. Iran has made it clear that it is unwilling to return to the provisions of the already overly generous 2015 deal, much less the “longer and stronger” agreement that the Biden administration is futilely pursuing. Instead, Iran has used the stalled negotiations to aggressively enrich uranium, bringing it perilously close to acquiring sufficient nuclear material for a bomb.

While the situation may be perilous, there is still time to regain our sanity and international standing. The inflection point is upon us, and the appropriate response is exceedingly straightforward; Iran is an evil empire that respects only strength.

While Biden’s greatest fear is adopting any policy endorsed by Trump (look no further than his border strategy), here he will only gain a viable negotiating position by returning to Trump’s maximum pressure campaign. Biden should further sanction the nefarious regime and draw clear red lines to discourage further provocations. His continuation of the failed Obama administration policy of capitulation will only lead to greater danger and instability in the Middle East and around the world.

The Persian people have an amazing history. Until 1979, the modern country of Iran was a mostly constructive actor in regional affairs. It can be again. Sadly, for 42 years, the Iranian people have been held hostage by religious fanatics. This criminal regime has betrayed its own people by failing to observe even the most basic of their human rights and fomented anti-Muslim, anti-Jewish, anti-Christian and anti-American terrorism throughout the Middle East and beyond. It is, quite simply, not a partner in whom we can place any trust. We must deal with it from a position of strength.